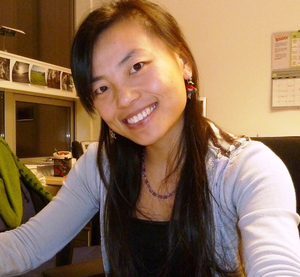 Sex determination and sexual-reproduction traits are key issues in evolutionary biology. One way to improve our understanding of sex determination is to study the underlying mechanisms in closely related species and in a phylogenetic framework. In the Hymenopteran parasitoid wasp genus Asobara, characterized by a haplodiploid sex determination system, we first investigated if haplodiploidy in four different species is caused by complementary sex determination (CSD), whereby sex differentiation depends on the allelic state at the CSD locus (heterozygous individuals are females, hemi- or homozygous are males). Using multiple-generations inbreeding experiments, flow cytometry and simulation models, we showed that sex in this genus is neither determined by the allelic state at a single locus nor at multiple loci, but by an alternative mechanism. We then focused on the species A. japonica which, in addition to sexual lineages, comprises asexual lineages as a result of Wolbachia infection. It is expected that in asexuals, traits once involved in sexual reproduction become redundant and vestigialize. To gain insights into the genetics of sexual vestigialization, genes from an asexual lineage were introgressed into a sexual lineage, by taking advantage of males that are occasionally produced by asexual females. Among the offspring of F1 hybrids, approximately 50% of females lost their mating propensity, suggesting a simple genetic architecture underlying trait decay, consistent with a single recessive locus. Sex allocation among the females that did mate became more female-biased in F1 generation and slightly less female-biased in further introgressed generations, suggesting a complex genetic architecture with dominance effects. Using next-generation sequencing of different Asobara species, we are investigating the molecular basis of sex determination mechanisms and vestigialized sexual traits. I will present and discuss the data in an evolutionary context.