Lisbon by Night with Fado Show 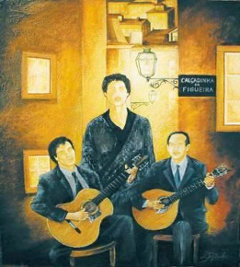 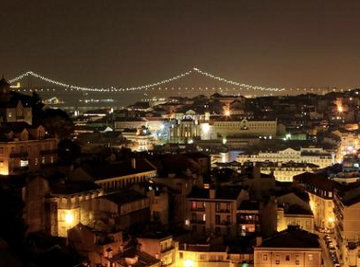 Departure to a typical Restaurant located in an old borough of Lisbon for a Portuguese dinner.
While dinner are being served one attends a floor show of the traditional Lisbon song the Fado, which may be a love lament or may describe the beauties of the city and of her "eternal lover" the River Tagus. The singer may be male or female and is always accompanied by two guitar players, being one a 12 strings Portuguese guitar.
This Lisbon by Night tour will enable the possibility of enjoying the gastronomy and wines of Portugal as well as its traditions.

Half day tour to Sintra / Cascais 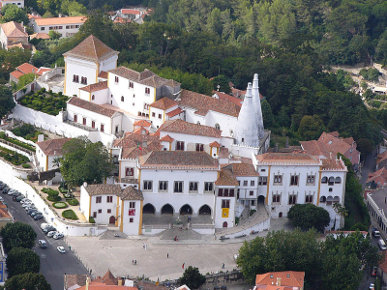 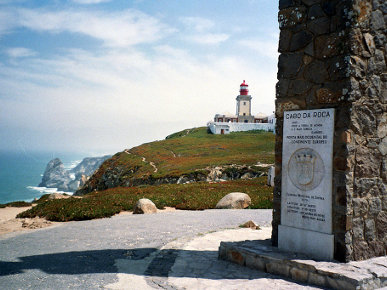 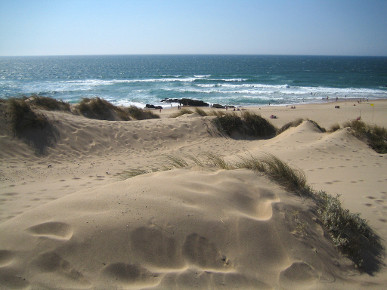 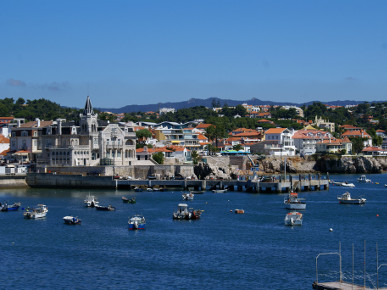 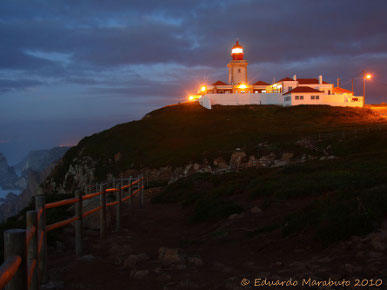 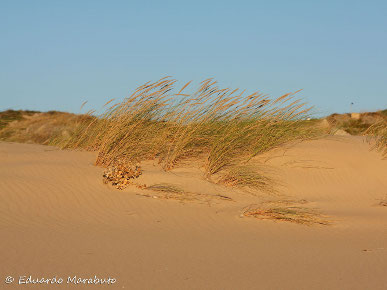 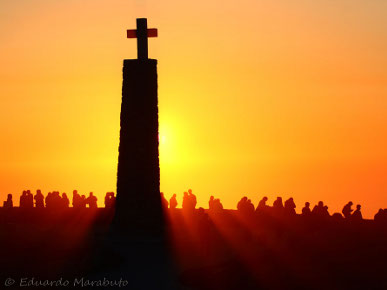 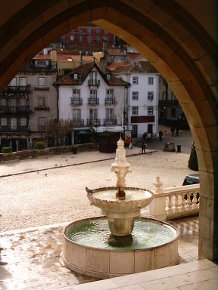 Departure to Sintra, a small delightful town in the forest covered Mountain of Sintra, immortalized as “Glorious Eden” by the World famous poet Lord Byron.
Located about 30 kilometers northwest of Lisbon, there will be a visit to the Royal Palace of Sintra, a fabulous royal residence of many Portuguese Kings, with wings and halls dating from the 13/14th Centuries. Sintra is excellent for shopping souvenirs and handicraft, and there will be time at leisure.
Descending the mountain on to Cape Roca, the Western-most point of continental Europe, a stop will be made by the cliffs over the Atlantic Ocean. Then following the coastline the tour will pass by Guincho Beach, Boca do Inferno (Hell's Mouth) an ocean carved spectacle in rock.
Arriving at the old fishermen village of Cascais that in the 1940's was chosen as residence by exiled European Royalty, a stop will be made by the lovely bay filled with fishing boats.
Time at leisure in Cascais, and return to Lisbon via the Estoril coastal road

Half day tour to Sesimbra / Arrábida 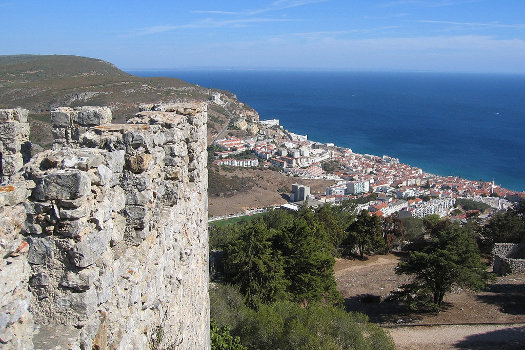 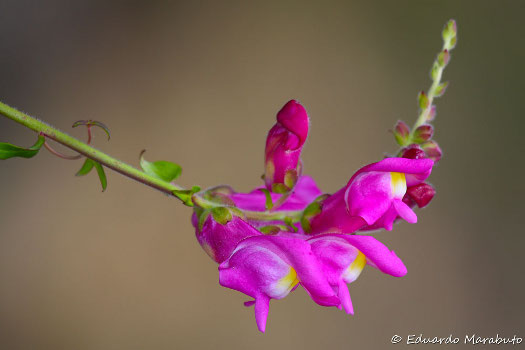 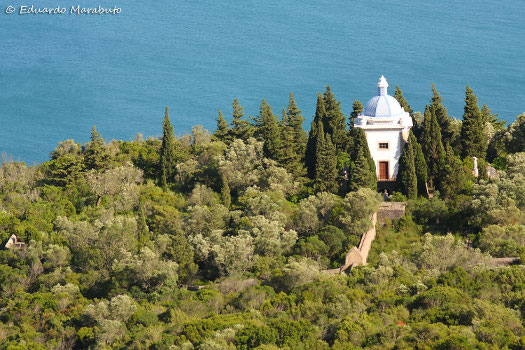 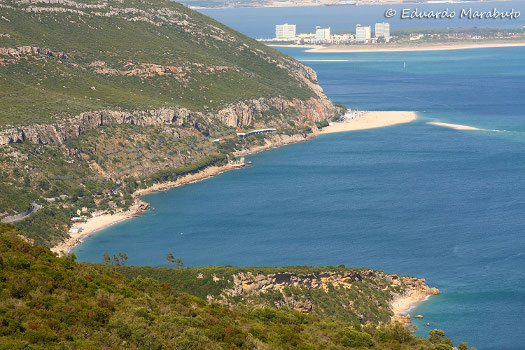 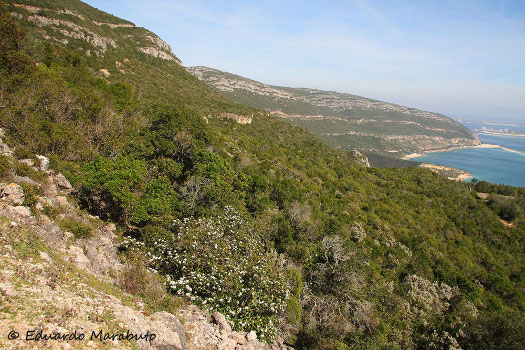 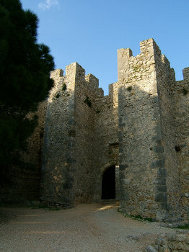 Departure heading South of Lisbon crossing the Bridge 25th April over the River Tagus and continuing to Azeitão. This region is famous for a small creamy lamb's cheese and for the excelence of its wines.
Continuation to Sesimbra passing by the old Castle before descending to the well known fishing village with the traditional trawlers moored in the jetty. Sesimbra is also favoured by sports fishermen due to the sword-fish/marlin. All streets of Sesimbra lead to the beaches with calm waters where one may watch the heavy nets being pulled on to the golden sands.
From Sesimbra the tour proceeds for a scenic drive by the coastal road along the Arrábida Mountain, a preserved Natural Park due to its unique vegetation in Europe, and with a superb view over the mouth of the River Sado and the Atlantic Ocean. 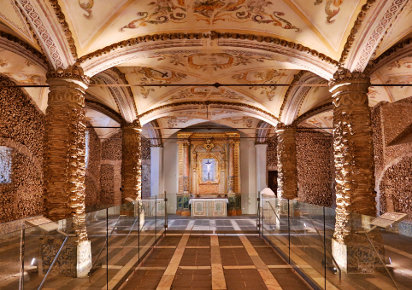 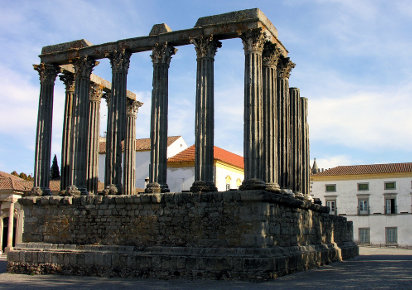 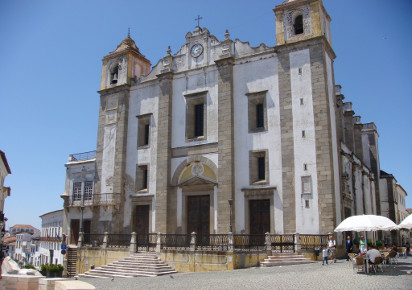 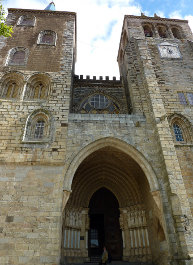 Departure by the Bridge 25th April over the River Tagus passing by Montemor on to Évora.
Classified as "Museum Town and World Heritage" by the Unesco in 1986, Évora was first known by the Celts as Ebora, by the first Roman settlers as Ebora Cerealis and in 27 BC as Liberitas Julia. In the suburbs of Évora there are cromlechs, menirs and dolmens as well as remains from the Neolithic 3.500 BC.
In Medieval times the town held the courts of the Portuguese Kings of the 1st dinasty (Afonsina) since 1165 and of the 2nd dinasty (Avis) up to 1559. The Roman-Gothic Cathedral dating from 1186, the Church of St. Francis built in 1480 with the macabre Chapel of Bones, the ruins of the Roman Temple of Diana are some of the places of great interest that may be visited.
Lunch will be served at a regional restaurant. Small streets with Manueline (Gothic-Naturalist) geminated-windows and porticos as well as the "Moucharabieh" verandahs of Mudejar influence, lead to the Praça do Giraldo, the meeting point of Évora's inhabitants. Time at leisure.